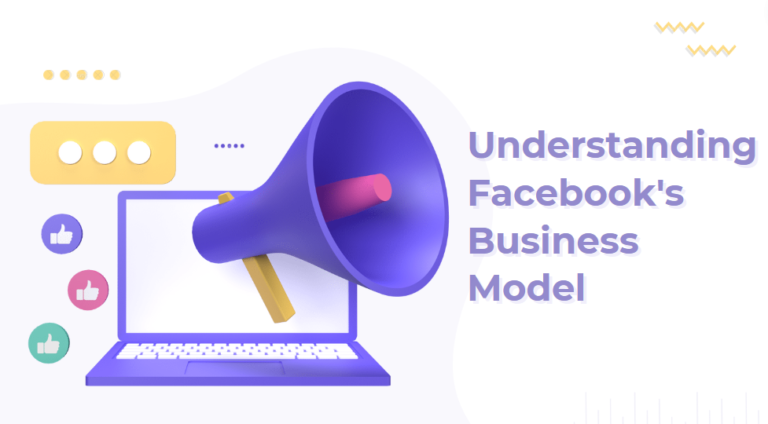 When Mark Zuckerberg founded Facebook, he wasn’t trying to build a global company. He realised that almost everything can be found on the Internet – music, books, information – except the most important thing: people. So he built a service that people could use to connect and learn about each other. Over the years, billions have found it useful, and Facebook has since built additional services that people around the world love and use every day.

Recently, many questions about Facebook’s business model have surfaced, below is an explanation of the principles of how Facebook works:

Zuckerberg believes that everyone should have a voice and be able to connect. If Facebook is committed to serving everyone, then its service should be accessible to everyone. The best way to do this is to offer services for free, this is possible thanks to advertisements.

Ultimately, Zuckerberg believes the most important principles around data are transparency, choice and control. Facebook needs to be clear about the ways it uses information, and people need to make clear decisions about how their information is used. Facebook believes that regulation that applies these principles across the Internet will be good for everyone.

People argue that if they are already seeing ads, they better be relevant to them. This means that Facebook needs to understand people’s interests. Therefore, it creates categories according to pages that people like, likes and more. For example, people who like pages about gardening and live in Spain – Facebook requires advertisers to show ads for this category. Although advertising to specific groups existed long before the Internet, online advertising allows for much more precise targeting and therefore more relevant publications.

The Internet also allows greater transparency and control over the publications we see unlike television, radio or flyers. On Facebook, the user has control over the information that will be displayed and can block any advertiser that reaches him. A user can find out why they are seeing an ad and change their preferences to only receive ads they want to see. Anyone can use Facebook’s transparency tools to see every other ad an advertiser is showing to anyone.

However, there are some concerned about the complexity of this model. In a normal transaction, you pay for a product or service you receive. Here you get Facebook’s services for free – and it works separately with advertisers to show you relevant ads. This model can feel opaque, and people don’t trust systems they don’t understand.

Sometimes people assume Facebook does things they don’t. For example, they do not sell information about people, although there are sometimes reports that they do. Selling people’s information to advertisers would be against Facebook’s business interests, as it would diminish the unique value of their service to advertisers. In fact, they have a strong incentive to protect people’s information from being accessible to anyone else.

Are Facebook’s interests the same as ours?

Some worry that ads create a mismatch between the interests of Facebook and people who use their services. Zuckerberg is often asked if they have an incentive to increase engagement on Facebook because it creates more advertising, even if it’s not top of mind for people.

Zuckerberg argues that everyone should have a voice and be able to connect. If Facebook is committed to serving everyone, then its social media services should be accessible to everyone. The best way to do this is to offer services for free, this is possible thanks to advertisements.

Facebook is very focused on helping people share and connect more, as the purpose of their service is to help people stay in touch with family, friends and communities. But from a business perspective, it’s important that their time is well spent or they won’t be using Facebook’s services for a long time. Clickbait and the rest of the junk may generate engagement in the near term, but it would be foolish for them to show it on purpose, because that’s not what people want.

Another question is whether Facebook leaves harmful or controversial content because it drives engagement. She does not. People always say they are not interested in seeing this content and advertisers don’t want their brands associated with such content. The only reason bad content still exists is because the workers and AI systems Facebook uses are imperfect. Not because it has an incentive to ignore it, but because its systems are still evolving and improving.

Does Facebook’s business model encourage the collection and use of information about us?

Finally, the important question arises as to whether the advertising model encourages companies like Facebook to use and store information about us.

There is no doubt that Facebook collects certain information for advertising purposes – but this information is usually also important for the security and operation of their services. For example, companies often insert code into their apps and websites so that when a person checks out an item, they later send a reminder to complete the purchase. But this code is also important in finding scams and fake accounts.

Facebook gives people complete control over the use of information about them for advertising, but does not allow them to control how it uses the information for security or operation of their services. And when they asked people for permission to use their information to improve the content they see, it’s part of compliance with the EU’s General Data Protection Regulation, and the vast majority agreed that they prefer more relevant ads.

Ultimately, Zuckerberg believes the most important principles around data are transparency, choice and control. Facebook needs to be clear about the ways it uses information, and people need to make clear decisions about how their information is used. Facebook believes that regulation that applies these principles across the Internet will be good for everyone.

It is important to understand that there are clear advantages in this business model. Billions of people get a free service to stay connected to those they love and to express themselves. Small businesses, which create the majority of jobs and economic growth around the world, are given access to tools that help them thrive. There are more than 90 million small businesses on Facebook, and they are a big part of what it does. Most businesses can’t afford to buy TV ads or billboards, but they now have access to tools that only large companies could use before. In a global survey, half of Facebook businesses say they’ve hired more people since joining. They use Facebook’s services to create millions of jobs.

For Facebook, technology has always been about putting power in the hands of as many people as possible. If you believe in a world where everyone gets a chance to use their voice and an equal chance to be heard. A world where anyone can start a business from scratch, so it’s important to build technology that serves everyone. This is the world that Facebook is building, and its business model makes it possible.

Swati Sharma, writer by day and an avid reader by night. Owing to her passion for her profession, she loves to stay updated about the current & emerging trends in the digital marketing and IT industry.

How junk car removal service is benifical for you ?