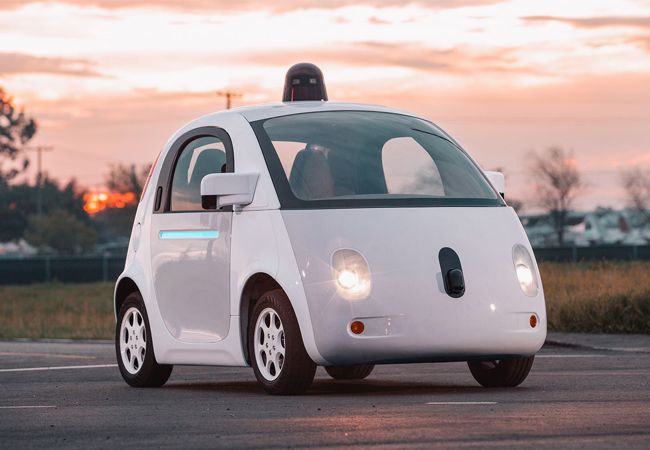 When we hear self-driving cars the first thing that crosses our mind is a car that is self-aware and mindful of making its own choices. We imagine a vehicle that is fully autonomous and can drive independently without any human assistance. Hence we use the term self-driving cars interchangeably with autonomous. But it is an incorrect perception.

A self-driving car market provides details about the business details of the cars that can drive itself in any given situation, but a human passenger must always be present and ready to take control. Manual intervention is not hundred percent eliminated in self-driving cars.

So driverless and autonomous can be used as synonyms, as are self-driving and automated. A truly autonomous car has the capability to decide on the destination and the route and also exercise control within the lanes. An automated car would follow orders about destination and route, and may only adopt some lane-keeping or car-following guidance.

The Society of Automotive Engineers (SAE) has defined 6 levels of driving automation that has also been adopted by the U.S. Department of Transportation. They range from Level 0 (fully manual) to Level 5 (fully autonomous). These levels are understood as follows

The degree of human intervention gives the car category their respective level.

Difference between an autonomous/ driverless and a self-driving car

An autonomous car is capable of sensing its environment and can operate without human involvement. The presence of a human passenger is not required and the control of the vehicle at any time is fully automated. An autonomous car can travel anywhere like a conventional car and conduct itself as smoothly as any experienced human driver.

A self-driving car on the other hand is not as advanced as autonomous, as it may need a backup control of a human driver. It lacks the level of intelligence or independence required for complete autonomy. It can be subject to geo-fencing, unlike a driverless car.

Similarities in their functioning

Autonomous cars and self-driving cars both rely on sensors, actuators, complex algorithms, machine learning systems, and powerful processors for the execution of their software. Both use radar and lidar (light detection and ranging) sensors to monitor the position of nearby vehicles. The in-built video cameras detect traffic lights, decipher road signs, track other vehicles, and look for pedestrians. Their wheels have ultrasonic sensors to detect curbs and vehicles when parking. Both driverless(autonomous) and self-driving cars use their sensing software based on artificial intelligence to navigate the roads in relation to other objects while avoiding obstacles at the same time.

Self-driving cars are not only convenient but their potential to improve quality of life is limitless.

The Current and Estimated Market Size

The global self-driving cars market size is currently estimated at 21 million units as of 2022 and is projected to expand to 63 million units by 2032 growing at a CAGR of 14%.

Some states, such as Texas and California, allow a vehicle to be operated without a human, while others only allow the testing of autonomous vehicles. Presently, 33 states and the District of Columbia allow either autonomous vehicle deployment or testing.  These laws are made for self-driving car companies that are testing products or for commercial autonomous vehicles like Waymo or Nuro as driverless cars are currently not for sale.

Developments highlights in the United States in the last few years

The Asia Pacific region is close on the heels of North America with high revenue growth for self-driving cars anticipated in the coming decade. The growing innovations and use of technology by various car companies and trials throughout the Asia Pacific show a lot of promising potential for automated cars.

The European region’s self-driving car market is showing accelerated growth too. On 14th January 2022, the Vienna Convention on Road Traffic (1968) has been amended by 53 European countries. With the treaty’s revision, Level 3 autonomous driving has been authorized in Europe from 14th July 2022.

Prominent Players active in the Self Driving Car market

Several auto manufacturers are entering into strategic partnerships with tech companies to bring innovation to their self-driving launches. Moreover, conventional automakers are also joining hands among themselves for the development of such technologies.

After having made big promises in the past, many companies have realized that building a fully autonomous vehicle was more difficult than they had anticipated. A lot of progress has been made with driverless technology in the past few decades, but still, a lot needs to be done. The planning and execution timetables are roughly a decade into the future.

While fully autonomous cars can offer plenty of benefits, the biggest hurdle they face is safety. That’s why the public rollout of autonomous cars is taking so long. Nevertheless, self-driving Level 3 cars are functional and are hitting the target of mobility very smoothly.

The potential impact of these cars is making companies and technology giants welcome them, and invest in research facilities, and testing programs that go along with self-driving cars.

Dedicated development team for the success of startups

How to Use NFTs to Generate Passive Income?

Recharging on the Go: The Benefits of Phone Charging Stations

What are the Different Ways to Get Rid of Your Pain?

How Bathroom Wall Tiles Give Perfect Look To Your Bathroom?